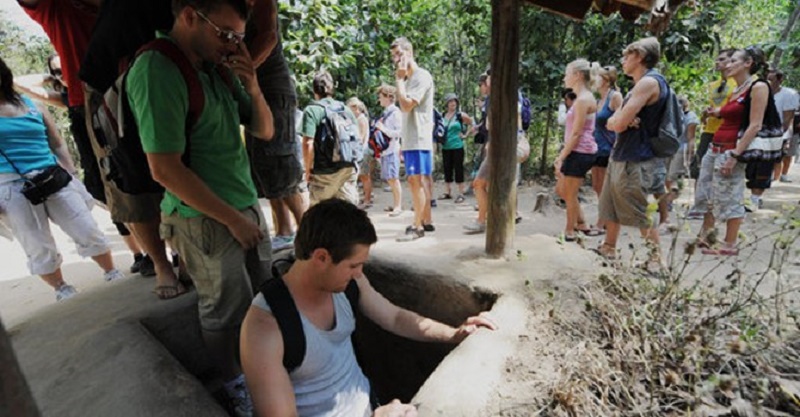 Visit the tunnel with the guide, you will still feel restless when following the winding tunnels dug by Cu Chi people and soldiers in the war. The system is underground tunnels including clinic, room, kitchen, warehouse, office, tunnel System.

After crawling hundred meters in the tunnel, you might feel very frustrated and just want to go up, but you will also understand that in order to win in the fight, sometimes the significant factor is not about weapons, but the patience, the New York Times concluded.